'Buddy' does it again 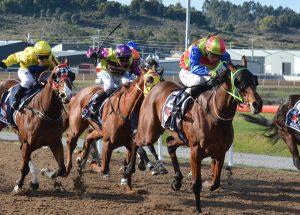 Balestrand continued his renaissance as a sprinter and produced a big finish to overcome the on-pacers who had their chance near the lead. He was expertly ridden by Maskiell, who had him settled midfield before working through the field on turning, and once into the clear he was very strong to the line with the best part of his race being his last 200m.  He had a comfortable margin at the finish and this win was just reward for connections who abandoned obvious plans to race him as a stayer to try the shorter trips with much more success