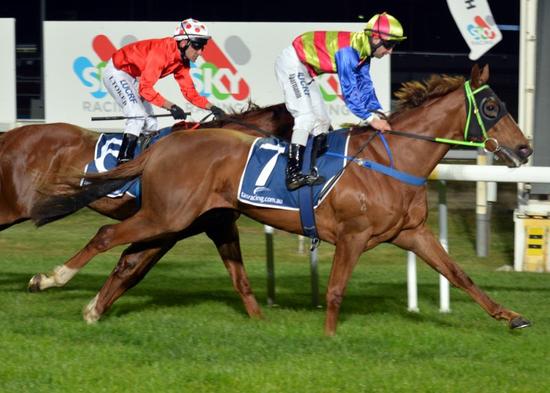 Connections are hoping the one-time member of the powerful Chris Waller stable will be worthy of a start in the major cups next year.

He took another step in that direction with a strong-finishing win over 2100m at Mowbray on Wednesday night.

“He’s still young and green but we’re hoping he develops into a cups horse,” Fulton said.

“You’ve got to have a dream.

“The horse really hasn’t run a bad race since we got him. His couple of slightly below par runs weren’t his fault.”

Fulton said Perun would be improved by his latest run and was now ready to face another challenge.

He will have his next start in a 2400m open handicap at Elwick on Saturday week (Caulfield Cup day).

“I don’t like running him out of his class but there are not many staying races in Tasmania so you have to take your chances,” Fulton said.

Perun, ridden by Anthony Darmanin, came from back in the field on Wednesday night to beat pacemaker Appmat and former Hobart and Launceston Cups winner Up Cups.

“I must admit I was a bit worried during the race that the horse had got too far back but it was a good ride,” Fulton said.