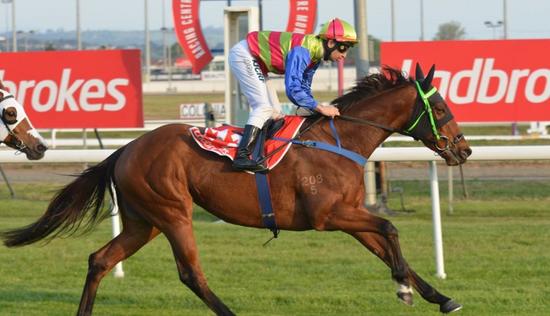 Article by The Examiner

A recommendation from jockey Jason Maskiell led four-year-old mare Zagame to Tasmania and an impressive first-up win in the CUB Maiden (1220m) at Mowbray on Wednesday night.

Zagame had five starts in Victoria for Trent Busuttin and Natalie Young without running a place.

Maskiell rode the daughter of Exceed And Excel at her most recent run at Ballarat in July and later suggested to Longford trainer Alana Fulton that she could be a good buy for Tasmania.

"Jason said she wasn't suited by the busy lifestyle at Cranbourne being a bit fizzy and would be an ideal type for my (quieter) environment," Fulton said.

"I spoke to the boss (managing owner Martin Louth) and he said, if Jason recommends her, we'll take her."

For a while, Fulton may have been having doubts about that decision.

"She had shown nothing at all at home and been pretty ordinary up until Monday morning when she worked totally different to what she had been," the trainer said.

"In hindsight, the couple of (extra) weeks we had to wait to get a run because of ballots has probably been the ideal thing."

Jockey Anthony Darmanin settled Zagame just worse than midfield and, despite being forced six wide on the corner, she stormed past her rivals to win easily.

"She's still a bit green and learning but I think she'll get confidence out of that," Darmanin said.